No items found.
Product is not available in this quantity.
Dark
Mode

By entering our site below, you confirm you are over 18 years of age.
Enter 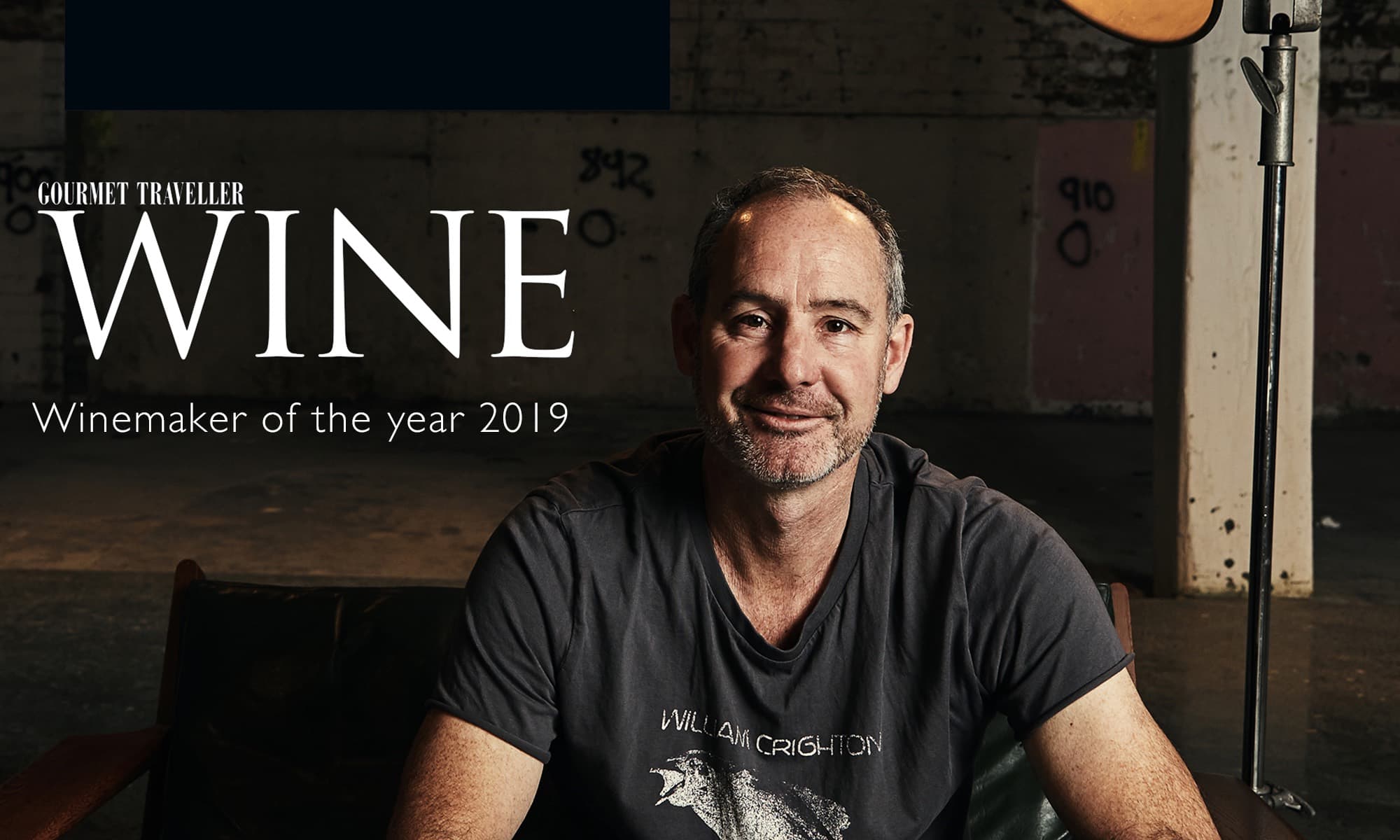 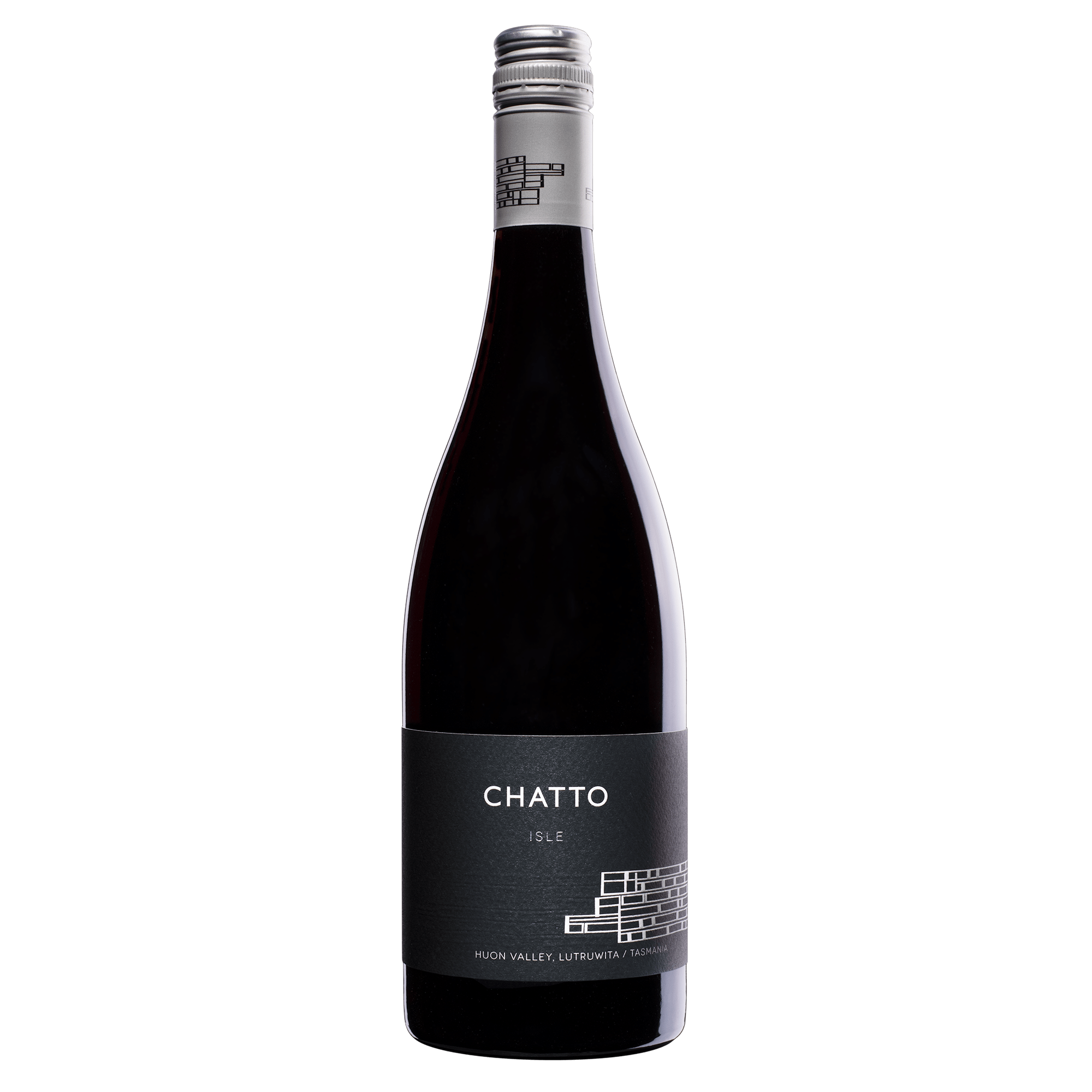 Sold
Out
Six pack
$ 540.00
Next Release
SOLD OUT next release August 1 2023
Sold Out
This product is out of stock.
Product is not available in this quantity.
Info
In stock 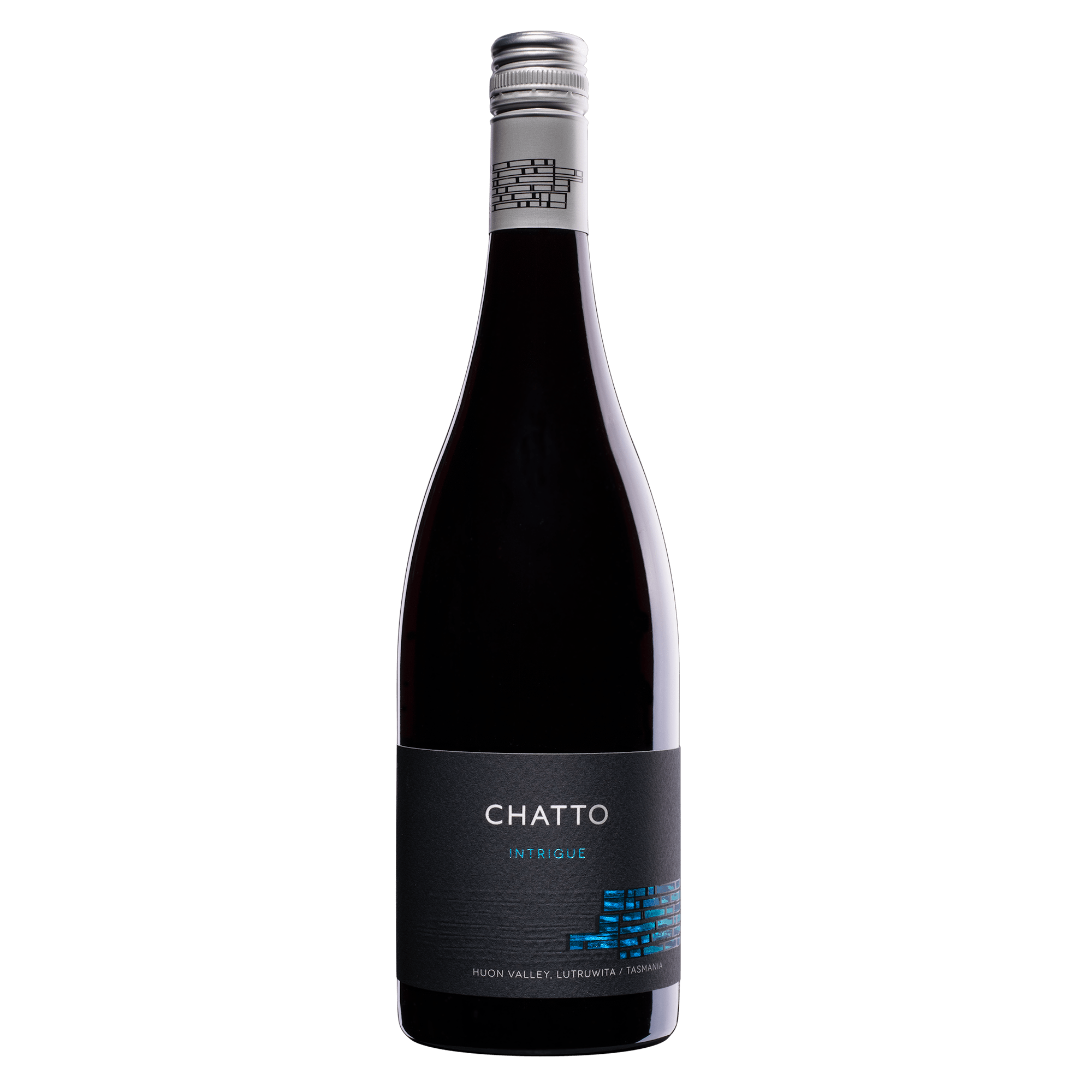 Sold
Out
Six pack
$ 450.00
Next Release
August 1
Sold Out
This product is out of stock.
Product is not available in this quantity.
Info
In stock

Standing Order is an annual allocation system we have established to fairly distribute our estate wines. Friends of Chatto on the Standing Order receive first offer on all wines as pre release, invites to events and other treats like museum releases . 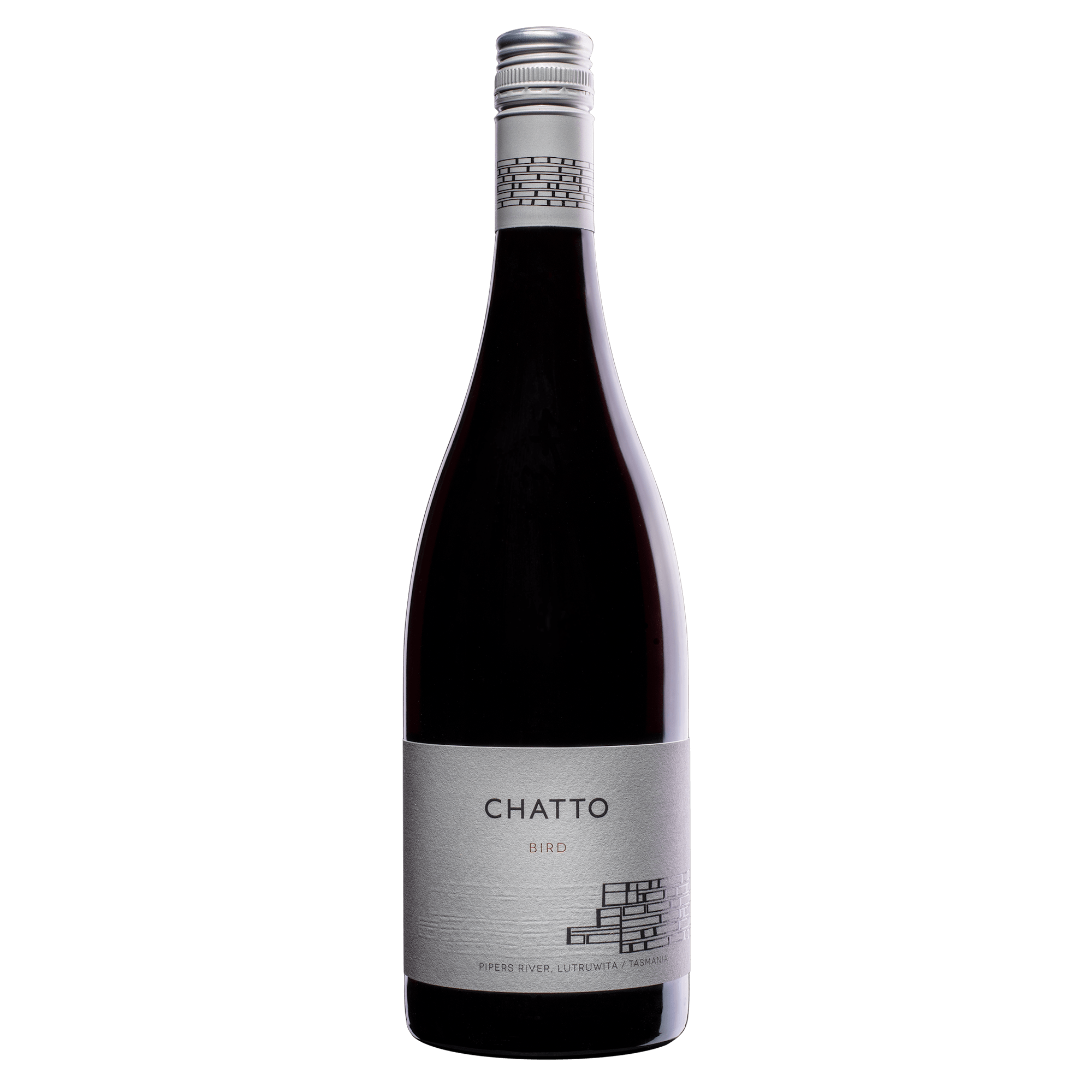 Sold
Out
Six Pack
$ 390.00
Coming May 1
Sold Out
This product is out of stock.
Product is not available in this quantity.
Info
In stock
Add to Basket 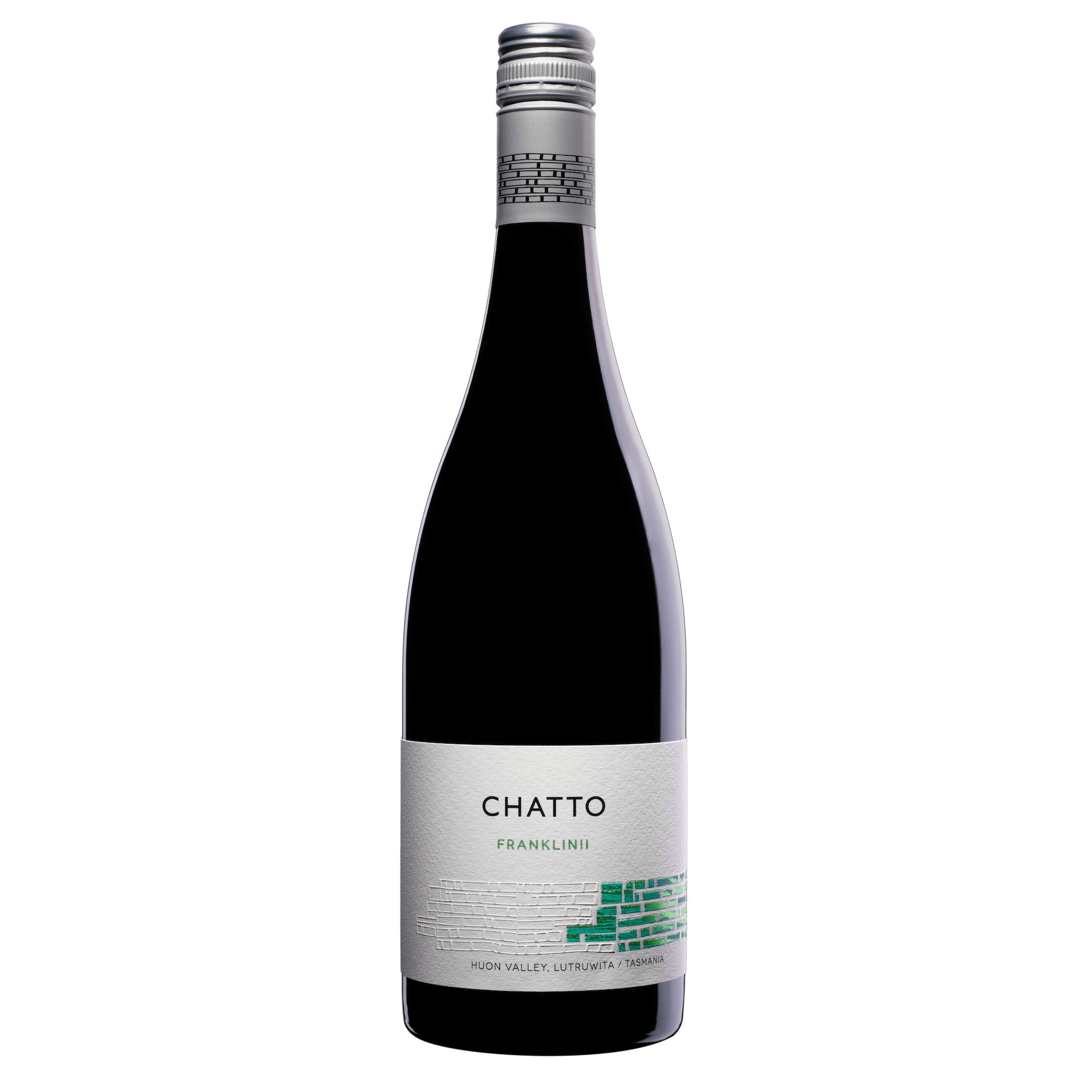 Sold
Out
Six Pack
$ 330.00
SOLD OUT
Sold Out
This product is out of stock.
Product is not available in this quantity.
Info
In stock
Add to Basket 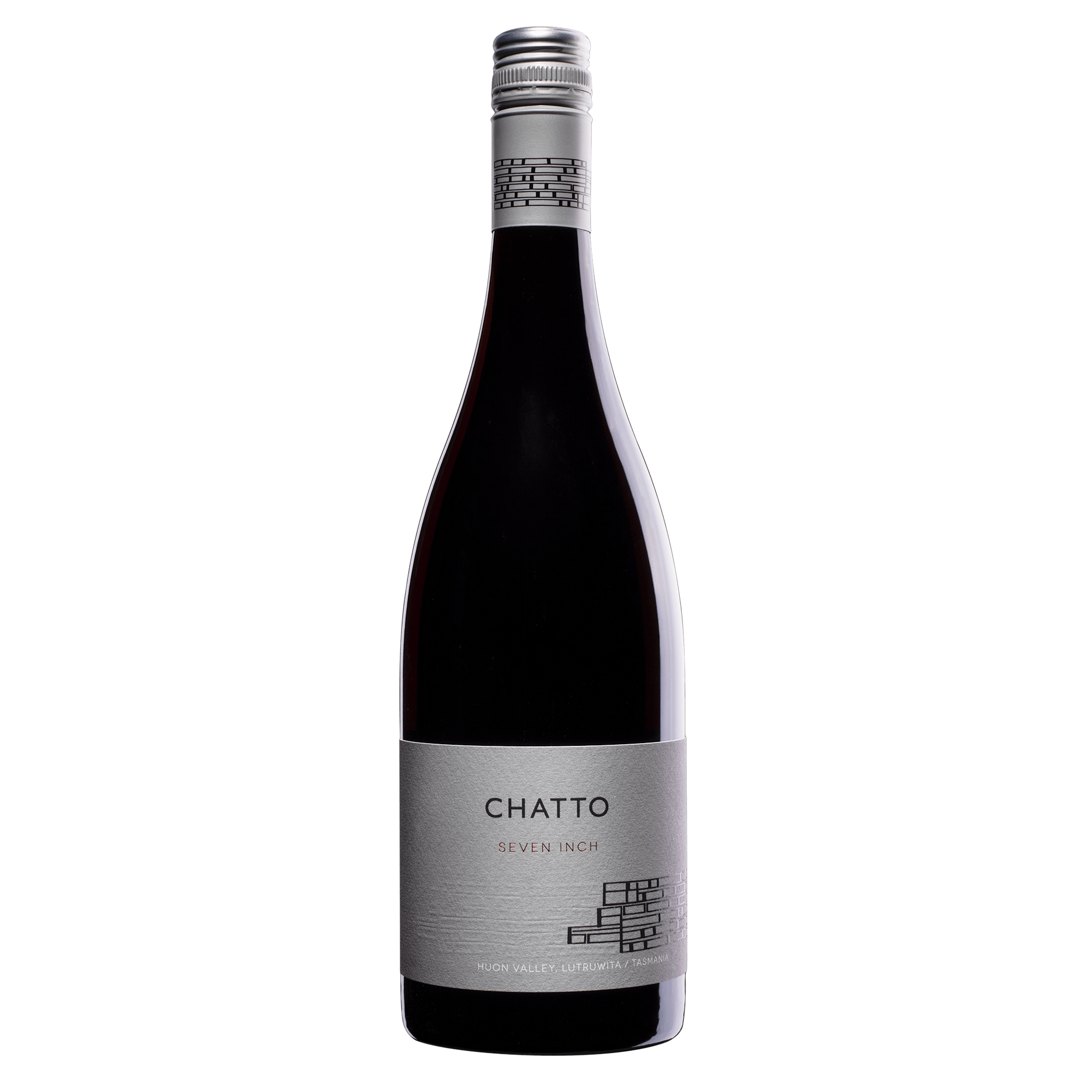 Sold
Out
Six pack
$ 390.00
SOLD OUT
Sold Out
This product is out of stock.
Product is not available in this quantity.
Info
In stock
Add to Basket

2020 Marion's The 2019 Marion’s was a magnificent wine for its scale and tannin profile. Chatting with Jim Chatto today to discuss these wines, and he says he backed off on extract and pushed the wine less hard in 2020, in part because it’s just a more delicate vintage. I did so enjoy that little interval where Jim nearly produced a Barbaresco from Tamar Pinot Noir. Oh well, though this wine does have some similar traits, so that’s nice too. I’m not insane, you know. Red and blue fruits, orange zest, a whisper of aniseed and sweet earthy things, dried flower/chamomile perfume. Medium-bodied, all the bright red fruits, fine graphite feel to tannin, freshness and energy, and a long, dusty and fragrant finish of excellent length. So pure and lovely. Outstanding. 95 Points

2020 Seven Inch Medium red/purple colour, with a lifted fragrance of black cherry, spices, Campari, dried herbs and flowers, a tinge of root vegetable. A certain sense of whole-bunch fermentation. The palate is medium to full-bodied and intense, with a trace of stalky bitterness that will melt away in the presence of food. Impressive volume of flavour. A wine of perfume, detail and charisma. (Huon Valley) 95 points

2020 Intrigue Intrigue! Named for a pretty successful yacht that was hidden away in a shed when the Isle Vineyard was not a vineyard. Anyway, this is a new name for the standard estate wine, made from all eight clones planted on the vineyard. Ripe red fruits, blood plum, blonde tobacco, exotic spice, caraway seeds. A deep and rolling Pinot Noir with earthy flavours and spice, a sappy tamarillo tang, firm and sooty tannin, maybe emery board too, dried flower and cherry, distinct sort of ‘mineral’ feel, intense flavour, long and firm to close, almost heading into a Central Otago sort of thyme-laced and brooding intensity. Not shy, but very good. Rated : 95 Points

2020 Isle A vineyard selection, made from clones 777, 667 and Abel. About 25% whole bunch. This wine, and the Intrigue, are allocated to people with standing orders. It’s a good situation to be in, and given the cost and labour involved in starting a small vineyard from scratch, a nice place to be. Apparently there’s 1% Gewurztraminer in the ferment here, which is planted somewhere in the vineyard. Clever. All the dried roses and musky spice, dark cherry, blood plum, cloves and wild peaty perfume. It’s all slate and dark cherry, melting graphite tannin, a little orange peel and peaty flavour, concentrated, slick and savoury, bright and well-etched, the dried flower perfume and sooty flavours are compelling, and interesting. It’s a wine of gravitas and purpose, and the finish is very long, replete with pencilly flavour and fine grained tannin, perhaps some poached strawberry and more of that signature spice and dried herb perfume trailing. Needs a few years, but so emphatic and good. It’s quite the wine. 96 points.

With 25+ years of winemaking experience, Jim Chatto is also a senior wine show judge with over 20 years of experience across both regional, capital city shows and was the Chairman of Judges for the National Wine Show of Australia 2014-2016.

In 1998 Jim moved to Tasmania as the inaugural winemaker for Rosevears Estate in the Tamar Valley. He fell in love with Tasmanian Pinot Noir, and a girl called Daisy.

In 2000 Jim and Daisy left Tasmania for the Hunter Valley, but began the Chatto label to continue the affair with Tasmanian Pinot Noir.

We then spent the next six years searching for the perfect vineyard site. Isle vineyard is located in Huon Valley at Glaziers Bay. Warm, well-drained but in a very cool region, right on the edge of viticultural possibility. Planting began in 2007 and our first vintage (2012) was released in 2013.

In 2014 the fruit quality from pockets of the vineyard saw the introduction of the single vineyard Isle label. At that time we only made two wines, from our vineyard in relatively small quantities, it was usual for us to sell out well before the next release.

We finally returned to live full time at Isle Vineyard in January, 2017. This was the first year our wine was made on site. (Previously we had shipped the fruit up to the Hunter Valley where the winemaking occurred, most recently at Mount Pleasant.)

In 2018 we introduced a third wine to the Chatto family - Seven Inch which comes from a tiny neighbouring vineyard.

In 2019 the entire Huon was unable to harvest fruit due to smoke taint from bushfires. We were very fortunate to receive some parcels of fruit from vineyards in the North of Tasmania to keep us going thanks to our friends at Marion's and Pipers Brook vineyards. Jim also blended his first Tasmanian regional wine from across these parcels which we now call Lutruwita.

After the bushfires we decided to uproot as a family for winter and found Jim an opportunity to get his hands dirty in Burgundy. Through a mutual friend we got to meet and work with Jane Eyre, a friendship born out of a love and respect for Pinot. With her help we were able to secure a tiny two barrels of premier cru Burgundy from Savigny-les-Beaune which Jim made and we have since released.

While we were there Jim was announced the Gourmet Traveller Winemaker of the Year 2019.

In 2020 we harvested in the Huon and also took fruit from Bird (Pipers), Marion's (Tamar), Glengarry (Tamar), Seven Inch (Huon) releasing no less than six single vineyard Pinots as well as Lutruwita (Regional blend) and the 2019 Savigny-les-Beaune. Due to covid travel to Burgundy was not possible but with many shipments of sample and working long distance via zoom and phone calls we are happy to soon release our 2020 Savigny-les-Beaune.

The next release is the 2021 wines Seven Inch, Bird and new kid on the block Franklinii - all due out May 1. Our Estate wines Isle and Intrigue will both be released August 1. (However, the Isle is already allocated via Standing Order)

We have just completed 2022 harvest at Isle Vineyard - the future is looking good indeed!